Lubrication oil performs several basic functions in order to provide adequate lubrication. It works to keep compartments clean and free from rust and corrosion. It acts as a coolant and sealant; and it provides an oil film cushion that keeps metal to metal contact to a minimum, thereby reducing friction and wear.

Under severe operating conditions, the degradation process can be accelerated. In either normal or severe conditions, oils eventually lose the ability to adequately lubricate and protect parts from accelerated wear and damage.

Our Oil Analysis Program uses a wide range of tests to determine the condition of the oil and the condition of the lubricated compartment. The testing process is designed around four types of analyses for lubricants. We evaluate the sample for Component Wear, Oil Condition, Oil Contamination and Oil Verification.

A regular schedule of oil sampling: 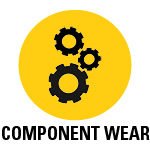 Wear Rate Analysis detects tiny metal particles caused by component wear to evaluate the wear taking place inside a compartment. Through regular sampling, trends in the type and quantity of particles can be monitored to get early warning of problems before major damage occurs.

We conduct elemental analysis through Inductively Coupled Plasma Spectrometry (ICP) and combine this with results from our Robotic Particle Counter and Visual Inspections of the sample to identify wear. 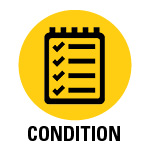 Oil Condition Analysis helps prevent component damage by monitoring oil and keeping track of its degradation. These tests allow you to determine the extent to which oil has deteriorated during use and verify whether it is performing up to specification during the entire oil change period.

We evaluate the chemical compounds and viscosity of the oil and use established guidelines and trend analysis to determine if the oil has reached the end of its useful life. This allows you to correct problems that affect oil performance and optimize oil change intervals. 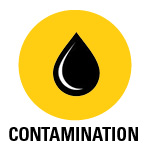 Oil Contamination tests are performed to determine if anything harmful has entered the oil that can cause premature oil degradation or component failure.  Some contaminants may also identify an existing system problem rather than an introduced contaminant.  Identification of contamination includes a large variety of tests and often needs to be considered in conjunction with several other tests or external information. 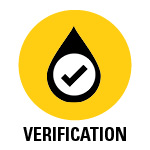